Every once in a while, we are blessed with someone who goes above and beyond and who contributes in a special and impactful way. This year, we want to honor Ms. Mary Anne Clark, Ph.D., as our 2015 volunteer of the year. She not only recorded over a thousand words, but even edited them as well! She also is on the lookout for good additions to our database, and has added quite a few interesting words.

I didn't learn to read until late in first grade. My mother had read to me a lot, but the fact that I could not really read myself was immediately spotted by my teacher, Mamie Murphy, when I failed to "color three balloons purple." She took me in hand and by the end of the year I could read. It became not just a useful tool for coloring the right balloon, but a lifelong pleasure. In college, I took a really useful course about the Greek and Latin roots of English words. One of our assignments was to find five new words a week and write a little analysis of them. This was an excuse to read whatever I liked and call it homework. Aldous Huxley proved to be a goldmine of strange vocabulary; my most productive phrase from one of his books was " The stertorous borborygmus of the dyspeptic Carlyle" from Point Counter Point.

Year before last I volunteered to join the Texas Wesleyan team in a Corporate Spelling Bee sponsored by the Tarrant Literacy Coalition. To my absolute astonishment, we won. The head speller for the team was the amazing Bruce McDonald, who absolutely blew me away by pulling the correct spelling for "emmeleia," a word none of us had ever heard, out of the ether. Bruce teaches religion and humanities and is an accomplished musician, so he has a large word fund. My other teammate, Marilyn Pugh, teaches psychology, and is also an outstanding speller. I teach biology, which is another word swamp.

When we went back last year to defend our title, which turned the spelling bee from a good romp to a terrifying ordeal, the TLC provided us with a number of training tools, which included the Learn That Word web site. While browsing through the LearnThat word lists, I noticed some mismatches between spoken and written word entries. After some petulant grumbling, I sent about a dozen sound files to the support site. The next thing I knew, I was a volunteer. What a great job for a word junkie! I have enjoyed combing through the word lists, and picking up new words as I look for sound mismatches.

A few weeks ago, shortly after my husband and I had seen a particularly vapid movie, I came across the perfect word for it in one of the LearnThat word lists: Sardoodledom.
Wer wusste, dass es ein Wort dafür?

One of our audio pronouncing volunteers, Professor Mary Ann Clark, won the 2015 spelling bee along with her colleagues from Texas Wesleyan University!
The event benefitted the Tarrant County Literacy Coalition. The winning word was "septuagenarian," and the word that terminated the spelling bee was "xenodocheionology. " 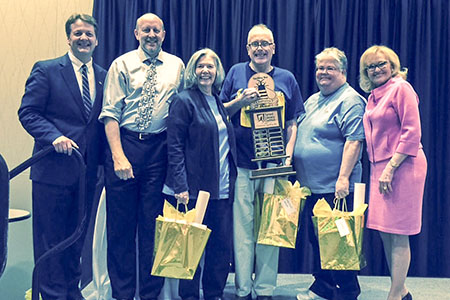 Prof. Clark after the 2015 spelling bee victory with her colleagues from Texas Wesleyan University. She is standing third from the left.

Announcing her victory, Ms. Clark writes: "You’ll be happy to know that we won our Spelling Bee last night! I think that the LearnThat site helped a lot. ☺"
Yes, we are indeed happy and proud! Congratulations, TXWES.edu Team!

This morning, the drawing of our annual winners from a set of 24,337 lucky numbers was completed via randompicker.com. All of the winners have been notified by email.
Lucky numbers are earned by premium members for their study effort.

I just had this graphic appear on my Facebook stream, posted by Gabi Butler. Not sure if it originated there, but it made me laugh, and it had the best collection of puns added in the comments!
I thought all you word lovers congregating here at LearnThatWord would enjoy it 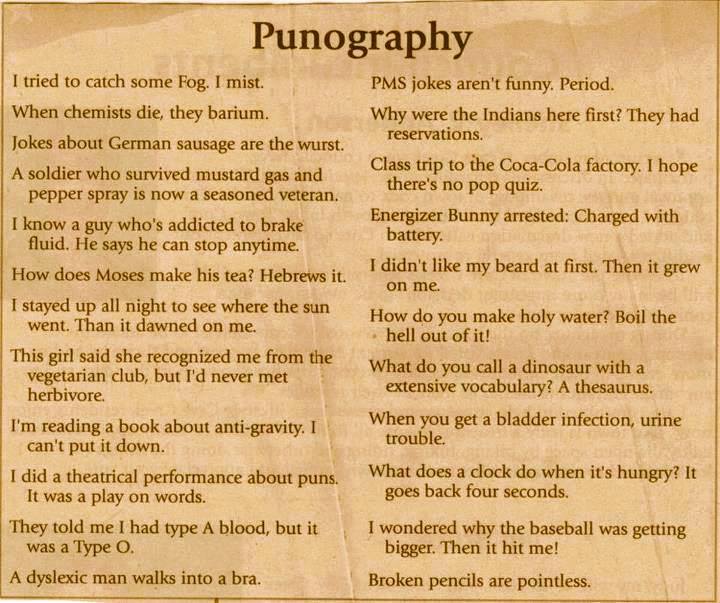 The following additional puns originate from the comments for this post... the originators are unknown.
*
Mahatma Gandhi, as you know, walked barefoot most of the time, which produced an impressive set of calluses on his feet. He also ate very little, which made him rather frail and, with his odd diet, he suffered from bad breath. This made him (Oh, man, this is so bad, it's good) a super calloused fragile mystic hexed by halitosis.
*
William had to leave the army because they kept saying: "Fire at will!"
*
A wise man said "A man that runs in front of a car gets tired, but a man that runs behind the car gets exhausted."
*
Just got fired from the orange juice factory, apparently I couldn't concentrate, so I got canned.
*
The butcher backed up into his meat grinder and got a little behind in his work.
*
If you're Canadian when you enter the bathroom and you're American when you exit, what are you while you're in the bathroom? European.
*
Need an ark? I Noah guy.
*
I read this while I was on a boat! It didn't sink in .
*
A midget fortune teller escapes from jail. The newspaper headline reads..."Small medium at large!"
*
Never ever trust atoms, they make up everything.
*

Those who jump off a bridge in Paris are in Seine.

*
What did the buffalo say to his little boy when he was leaving for work? 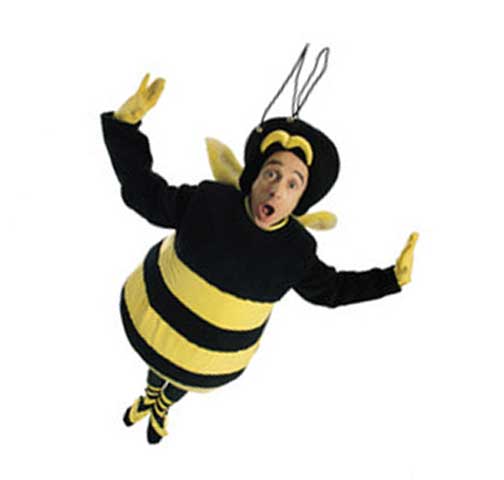 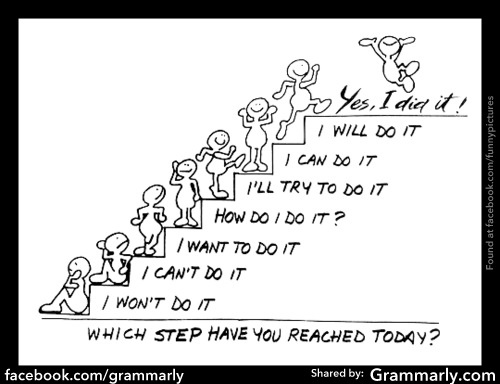 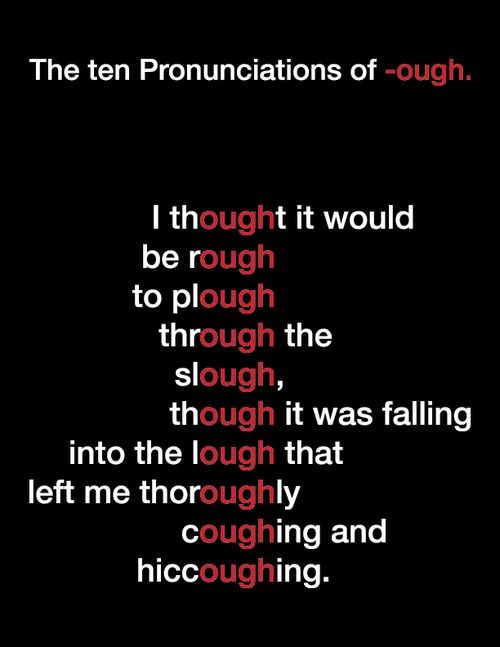 Three years ago we first launched our tutor partner program. Recently we collected experiences and best practices into a short webinar. Are you a tutor, helping students build their vocabulary? Contact us for your invitation, or sign up for your partner account!

The webinar provides an easy demo of partner insights and essential LearnThatWord features. The webinar is just 30 min long. Since it's a replay, you can fast forward or rewind as needed.

The first 20 min focus on partner tips, the last 10 min. on core LearnThatWord features. If any questions remain after this info session, just click live chat on our site for instant help.

All three quizzes now use mobile-ready html5 and are integrated with our Open English Dictionary, for an improved answer page and user experience. The format has been condensed and the tab key functionality expanded. This means, it is now easier to navigate the quiz, even on tablets or smart phones.

For us, this is also the first step for creating LearnThat apps.

The biggest changes happened in the vocabulary quiz.
Here, we moved away from the multiple choice format, and to a format that is closer to the combo format.
It requires a more active knowledge of the word, and more creative effort on behalf of the user--both crucial parts of language learning.
It is more interesting and more challenging than the former pick-and-click multiple choice format, but still doesn't require the user to spell the word letter by letter. 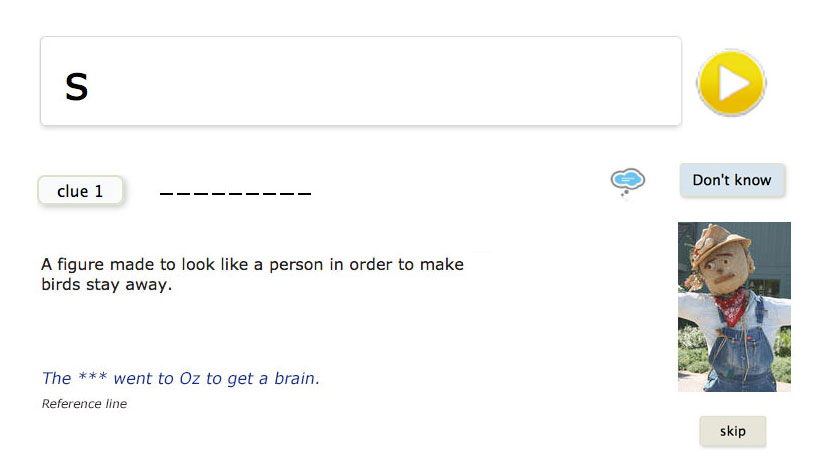