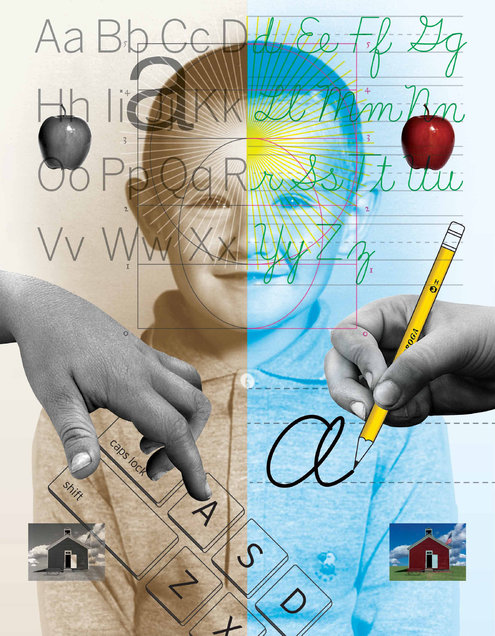 "What's lost as handwriting fades?" asks a NYT article. Apparently, more than anticipated by those who assume that handwriting should no longer be taught in school.

Neuroscientists now provide some clues as to why handwriting seems to influence learning in such a powerful way.

“When we write, a unique neural circuit is automatically activated,” said Stanislas Dehaene, a psychologist at the Collège de France in Paris. “There is a core recognition of the gesture in the written word, a sort of recognition by mental simulation in your brain.

“And it seems that this circuit is contributing in unique ways we didn’t realize,” he continued. “Learning is made easier.”

Here another interesting article on the subject.  What a shame: 41 states don't require teaching cursive in school, mostly because common core doesn't make it one of its standards. The article in USA Today also emphasizes the connection of not learning to READ cursive in the process:

In the murder trial of George Zimmerman, who shot and killed Florida teen Trayvon Martin, Trayvon's 19-year-old friend, Rachel Jeantel, testified to being on a cellphone talking with him just before his death. Many in the courtroom were shocked, though, when Jeantel admitted on the stand that she could not read a document a lawyer handed to her -- because it was written in cursive.

One Response to Handwriting Counts